Update| T.I. Initial Confrontation With Floyd In NYC/ @Tip Reveals To Fans He Has No Black Eyes*

As the plot thickens, we chose to go in reverse before continuing taking off. In hindsight we would like to reveal what lead up to the recent brawl at Fat Burger in Vegas. This matter at hand had already been flairing up from a prior conversations Tip nd Floyd held. Watch footage below of the matter that was kept drama free throughout first confrontation!

During the initial conversation these two held about Tiny, Floyd denied this being anything for T.I, to worry over. mayweather insisted that him & Tiny remained just friends whom relationship was innocent! 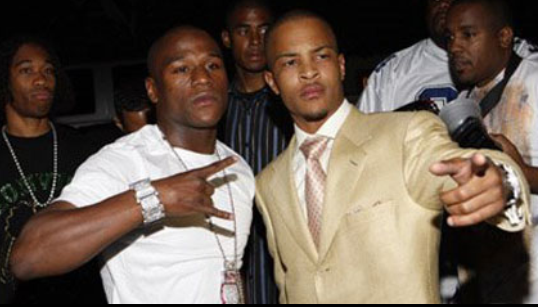 Once T.I, confronted Floyd at Fat Burger the second time is when Floyd became hostile/ impatient with Tip. During 2nd altercation Floyd told Tip to control his bitch, & thats when all hel broke lose! Tip took to instagram hours ago to let it be known he was perfectly fine with no signs of darkened eyes! The Hustle Gang hitta also stated that his eyes looks they exact way they did when he was born, & the only thing that hurts on him is his #fist. Watch below!