A big smack in the face to the doubters of Fox Tv’s latest big hit Empire. Hours ago the most adorable pic of Taraji P. Henson was posted detailing the phenomenal news via ig. 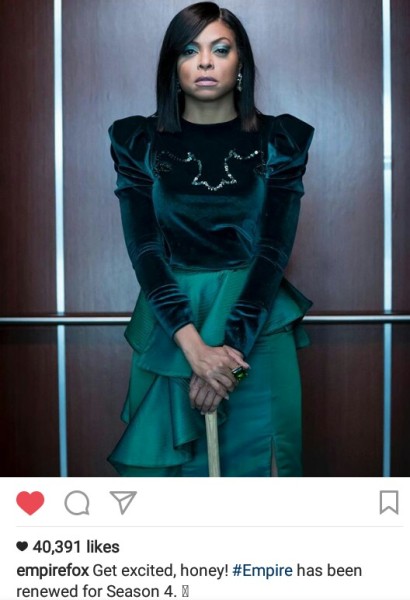 As fans await for the mid season break to end, the plot thickens. We now can expect a season 4 of the Lyons La Familia. S/o to the empire, & opportunity Chicago has received amongst the chosen choice of fiom location thus far..