Can someone say two sides to every story?

When it comes to the term (Chi-Raq) to Chicago citizens who just wanna let there kids grow in a safe environment, a problem lies. A lot of mixed feelings arose after Nicki minaj & lil herbs’ single *Chi-Raq* hit internet. Problem is, Most Chicagoians do not wanna keep this stigma alive placed on our home town which inadvertently keeps the madness going! Check out what Chicago’s own public relation administrator katrina said below when it comes to the phrase #Chiraq>> *We DON’T EMBRACE THAT!” >>

“At ALL!!! Iraq is considerably a city with bloodshed and war…to mock that and what Chicago is going through is glorifying the pain and speaking more violence in existence…..so im from CHICAGO Bka Chi-Town!!!!!” – Katrina Ivory
<<<<<<
Chicago’s own artist/ Host/ Entertainer Ydot Gdot also has issues with the latest term #Chiraq. Check out his most recent tweet via twitter…

Ydot Gdot’s twitter assosciate @_BriBadd also had a powerful statement to make via #tweet >>>
“It’s all fun and games until it’s someone you know or a family member .. Stop being Ignorant and save the youth #AntiChiraq @RealYdotGdot ✊” 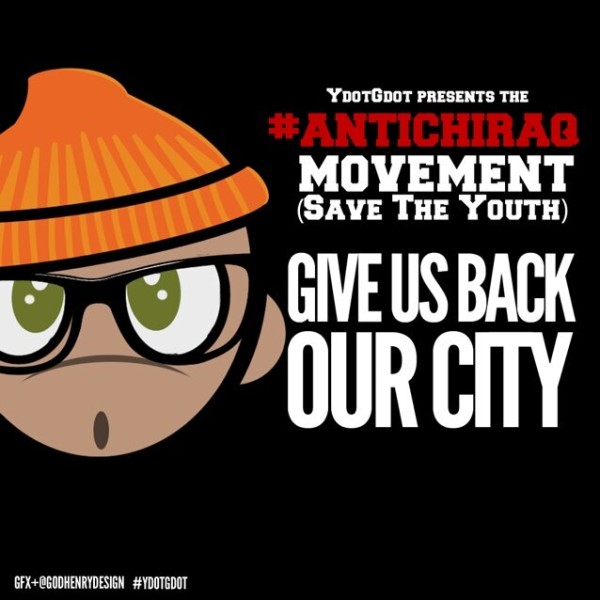