Powered By. Is That Yo Manz?| Do You Know What I Want To Do To You Right Now?| Recklezz Renegade: 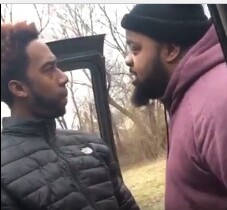 The following video of Rico welcoming himself in Detroit despite not being invited was the root of the matter at hand.

Rico’s homie from Detroit feels like the Big Homie clout chasing tho. He even later referred to him as Big B%Tch instead. 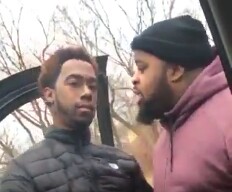 This clout shit really going too far tho. Detroit’s Big Homie has became the newest clout chaser as he chokes out Rico’s Homie for disregarding their No Fly Zone. Recklezz Rico was not a wanted party in Detroit due to Snap Dogg beef. Recklezz invites himself anyways, & now his lil Homie appalled to become a target. Wowsers

Rico’s lil homie has a few words for the Big Homie tho.