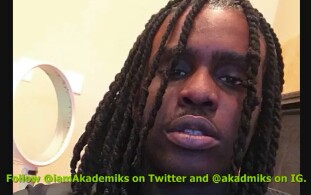 Sosa & Tadoe has now been released courtesy of the moneybag. On another Ramsay Tha Rat has slid in hiding due to being in fear of Glo Gang. This here is a touchy situation literally at hand.

Hopefully things resolve itself out sooner than later. Sosa & Tadoe just released some new music BTW, go get that!