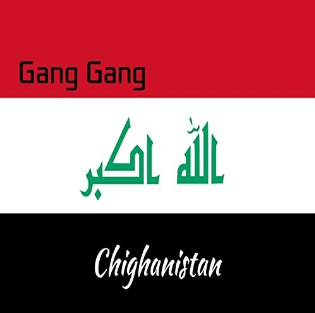 Gang Gang (Chicago’s very own) has taken the hood slogan, & ran with it lol. On a more serious note Chicago is still described to some as more controversial names than its’ own. Chighanistan happens to be one of the latest, a new ep has surfaced embodying this term.