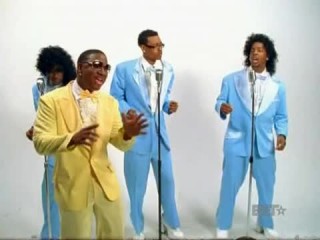 According to TMZ, Eminem has been sued for 8 millie by Chicago’s rap trio Hotstylz.

Raydio G one of Hotstylz artist accuses Em of flippin their lookin boy song into his Rap God‘s lyrics, without giving proper credit/ asking for permission. We’re just the messengers. You can prees play below on both songs, you be the judge for yourself lookin boy!!

Raymond Jones of the Chicago Yung Joc-affiliated rap trio Hot Stylz is suing Eminem and Interscope for $8 million over the song, reports TMZ. Jones, who goes by Raydio G, claims “Rap God” features a 25-second use of Hotstylz’s 2007 “Lookin Boy.