Yes, its true this track is produced by Mike & Keys. It’s also factual this short film was directed by Verluxe. Did i forget to mention this joint is an xclusive off Bj’s The M.A.F.E; project? Anyhow these two guyz collabz alwayz ends up cooked well down.

On nat note fresh out the oven they spit some shit like: “Me and Keezo Kane in the basement on the drums making music/
while she was fussin yellin down the ?? on the phone you loosers” 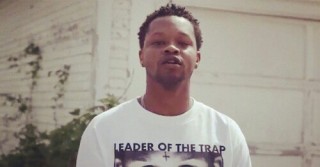