Before we get into this interview, i would like to finish this plate of #waffles & say, “I (@DaEggoWaffleMan) appreciate you taking time away from the lab to rock with us! We (BarzRus) recently just posted Sosa’s official version of °Granny’s° which you produced, correct?

2.(Q)? Was this the first time you produced for Sosa?/ How did yall link^?

2.(A)? Granny’s was actually the first track we did back when he was working on Bang 3, I sent the beat to his email that he posted on twitter and he recorded it the same night. His engineer Chris Cheney hit me
up about it & told me to send more beats, after that song, Twin City CEO singed me to a producer contract under Glo Gang Productions. That’s when I started getting more tracks with Sosa & tracks with his artist ManeMane4CGG, Lil Flash & DMoeBandz.

3.(Q)? What up n coming stand out singles that you cooked up for Chief that when released will fans gravitate to?

3.(A)? The full version of “Off With His Head” produced by me and Chris Surreal is set to drop on Sosa’s Crashing Computers Mixtape, He teased the second verse on his youtube it has over 230k views. Me and Keef have more songs that are going to come out whenever he is ready to release them!

4.(Q)? So where you from? besides Otwg, who else (rapper or prod) puttin on for yall city?

4.(A)? I’m from Harrisburg, PA. There’s so much talent in this city the people/groups most putting on for HBG is of course OTWG all our artist (CJames, Eskimo Jones, Kali, Felix Black) All have upcoming projects to release soon! & I have to shout out Team NoLo, Full Focus, Tru Muzik, Winners Circle, Young Swerve, Producers Kash & Jay Hunta too. I could go on but to sum it up Everyone on there shit!

5.(A)? OTWG BEATS is the name I decided to go with as a producer because we are OTWG as a whole and I am the main producer so it kinda stuck. A lot of people think OTWG BEATS is a group, but it’s not it’s jus me, Off The Wall Gang is the group.

6.(Q)? Oh, i see! The other percentage of OTWG is who?, and whats their role in helpin yall brand grow?

6.(A)? OTWG, The founders are me and CJames. We combined forces with Eskimo Jones, everyone has a role in this operation, we have promoters, GFX designers, artists, producers, a Clothing company, a Skate team and even a tattoo artist (Kali Ink). CJames also has a video coming with Chief Keef’s camera man Northstar! “XTRA” hosted by DJ Hustlenomics Produced By Me and CJames so definitely look out for that coming soon!

7.(Q)? whats ur favorite breakast if yu dont mind me askin? Betta yet would you prefer cereal or a full course ya dig when waking up?

7.(A)? Honestly I wake up every morning and make my son a big breakfast! I don’t eat breakfast I’m cool with the wake and bake Lol! you feel me

8.(Q)? No doubt lol. We noticed Keef said in Granny’s, “smokin on this Chief Keef”. When creating these trunk bangaz, are you sobered up, or is it °Fuck Rehab°?

8.(A)? I smoke when I make beats (Sorry Mom) but it opens my mind up and I am more creative, and I get more done! Producers know what I’m talking about! Lol

9.(A)? (Rest in peace Big Glo) We were supposed to work I talked with him a couple times he told me to send him beats a few times, we could have some songs together, He is Featured on the beginning Of Lil Flash’s Flip that I produced.

10.(Q)? Who is 5 of your favorite producers relevant now?

10.(A)? I grew up listenin to Gucci Mane & BrickSquad, so I like all the producers he came up with Zaytoven, Lex Luger, 808 Mafia, but I rock with them GloGang producers even tho im a producer S/O to Chris Surreal, Bass Kids, AbeBeats, Dolan, OhZone, ISO, 12 Million, they all go crazy!

11.(Q) We noticed in the Granny’s post, and on your profiles you utilize a guy in a black ski mask smokin an L as Otwg’s image. Do you wanna be the ghostfaced producer as long as the checks clear?

11.(A) I’m Rare, your barely ever going to see my face, but just know I’m always making moves I’ll show my face when I make a million until then it’s a rare site!

12.(Q)? Where could artist hear tracks that are available for purchase? & do you lease beats?

12.(A)? I do not have any beats online for purchase, artist have to contact me on twitter @OTWGBEATS or contact my email otwgbeats@gmail.com and I will send snippets! I’m doing 20$ leases for the rest of 2014 but 2015 it’s back up to 100$ lease

13.(Q)? what’s the next GLO GANG artist besides Chief Keef, do you think will flourish off their 2015 released Otwg Beats track?

13.(A)? ManeMane4CGG, we got a lot coming out! Besides 30 clips and Snakes which are out now! I got some tracks on his 4CGG Mixtape that’s coming in 2015, I definitely think ManeMane x OTWG Beats will be a problem in 2015! I also got some tracks coming with his newest artist J’Lynn, who is going to shine this year!

14.(Q) What upcoming projects can we expect? 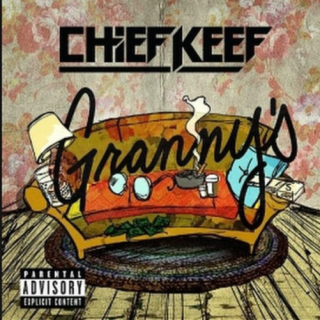 This entry was posted in Chicago, midwest, news, Q&A, Uncategorized. Bookmark the permalink.