The big homie LL (The °Greatest. Of. All. Times°.) is back with newness, not that ole 95 ish. Nothing has changed with him being a legend tho, which requires doing what legends do. Cool James linked up a collabo with none other than Mr. 8Mile #Em. You wanna know how?

“Me and Em have a song. He just recently let me hear his verse and it’s crazy. He’s chainsawing shit,” he said. “I think people are gonna be pleasantly surprised when they hear me and him on a record together.”

Bedside Fred The Godson record thats on standby, some yung gunnaz will also premiere on this highly anticipated album. LL also touches on the heater he has cooked up with Tip. He was also Cool enough to explain how that came about!

“He had an idea that he wanted to send me and I thought it was a crazy idea, and we collaborated and put something together that I think people are gonna bug out on. It’s gonna be trippy.” 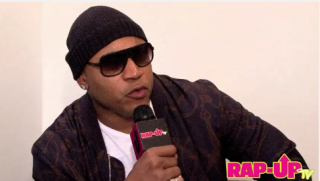