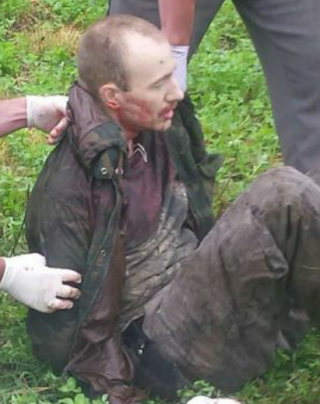 Escaped murderer David Sweat, who led law enforcement on a more-than-three-week chase, has been shot and is in custody.
A New York State Police sergeant on roving patrol saw Sweat on Sunday, and after Sweat ran, the sergeant shot him, according to a law enforcement official with knowledge of the investigation. It did not appear Sweat was armed, the official said.

A photo exclusively obtained by CNN shows Sweat in custody moments after his capture. The photograph shows him bloodied, wearing a camouflage outfit — not prison garb.

He was taken into custody in the town of Constable, in upstate New York, close to the Canadian border.