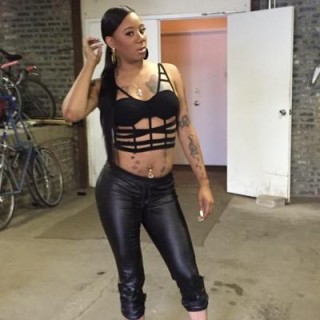 Katie out the newly formed female group has just decided to pop out last nite via #tweets. The Drill Queen apparently felt she has been getting sneaked dissed unfortunately. One thing she didn’t do was carry on a fissod image of something working that in reality wasn’t to her. 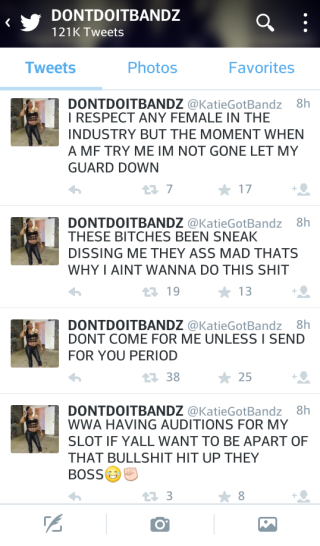 The young talented drilla has never been known to hold her tongue, so we shouldn’t be appalled. I’m actually surprised nobody wasn’t called a lil bish (Latin King Voice). Someone or some people were called bitc#$, but not a lil bih. Being called a lil bish is much worse than the bit#h word, ya feel me? However hours later Katie apoligized. 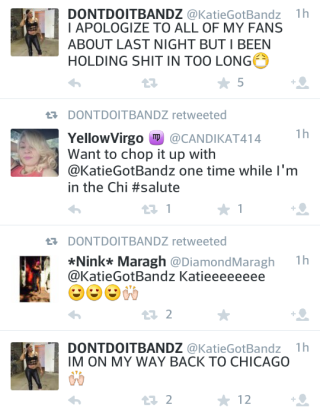 Lets hope Ms. Bandz was just over reacting…to be condrillued.